Photos show the cream-painted property also has a kitchen finished with marble counter tops, a private cinema, gym and swimming pool, and sits in 2.5 acres of landscaped grounds

Neighbors in the exclusive Jupiter Island community include Tiger Woods, who owns a house just down the road and Celine Dion

She also owns a four-bedroom San Francisco home that sits in the middle of her congressional district and was purchased in 2007 for $2.2m but is thought to be worth at least $6m now

The current owner of the home in question is Scott Tarriff – the boss of Eagle Pharmaceuticals which specializes in creating drugs to treat critical care and cancer patients.

Pelosi is one of the wealthiest members of Congress with a fortune of $29.3m according to an analysis of her financial disclosure forms by Roll Call.

Sources have told DailyMail.com Pelosi, 81, and husband Paul are splashing out $25m on a palatial six-bedroom mansion in Hobe Sound, Florida

Along with property tycoon husband Paul, 81, she owns multiple properties spread over several states and currently spends most of her time in Washington D.C where she has a $2.6m condo in the upscale Georgetown district.

She also owns a four-bedroom San Francisco home that sits in the middle of her congressional district and was purchased in 2007 for $2.2m but is thought to be worth at least $6m now.

The couple also have a 65-acre wine estate in St Helena, 65 miles north of San Francisco, that boasts a Palladian style house and a Z shaped pool.

According to Roll Call, the property is now worth between $5m and $25m and provides the Pelosis with an annual windfall of up to $15,000 from grape sales.

Pelosi also owns a second Napa Valley property worth $1m which is rented out for up to $50,000 a year according to her financial disclosure forms.

A second rental property worth up to $5m is located in the upscale Sugar Bowl Ski Resort near Norden, California.

Her new home is likely to incur less tax than her California properties, with an average property tax rate of .97 per cent in Martin County compared to 1.81 per cent in San Francisco.

Pelosi would also benefit from lower income tax – Florida charges nothing while California charges up to 12.3 per cent for those earning over $599,000.

The expansive kitchen offers multiple seatin areas and places to entertain, including a wetbar

Nancy Pelosi revealed her $24,000 fridge stuffed with luxury ice cream that sells for $12 a pint which was featured in an interview with TV host James Corden

Inside there is a quiet study with built in book cases. Outside offers lush landscaping that creates a complete private and secluded outdoor entertainment paradise

The House Speaker visited the Sunshine State earlier this month – a visit that was flagged up by QAnon congresswoman Marjorie Taylor-Green who claimed Pelosi was on her plane.

'She was actually on my plane. She wants to retire in Florida to enjoy low taxes, mask free hair salons, and Republican freedom policies, while literally destroying all these good things for the American people.'

Pelosi is also likely to face some awkward moments courtesy of Florida's Republican Governor Ron DeSantis with whom she has a difficult relationship. 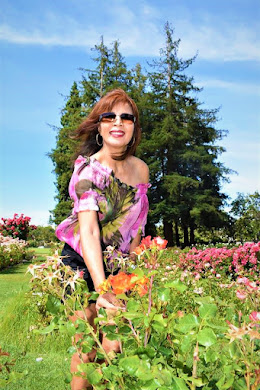